Big stars including BTS, Taylor Swift, and Megan Thee Stallion will also join the performance lineup with other singers.

This is the first time where BTS going to do their own performance since last year they joined forces with Lil Nas X to perform his hit single ‘Old Town Road‘. The K-Pop boy band has also been nominated for Best Pop Duo/Group Performance with their mega hit ‘Dynamite’.

The ‘Folklore’ hitmaker, Taylor Swift has also been confirmed to perform at the Grammy Awards 2021. This will be her seventh performance since she last performed 5 years ago. The star will battle to win the Album of the Year with ‘Folklore’. If the 31 years old singer wins it, this will be her third time.

To check out the whole Grammy Performance lineup, visit the official Grammy Awards website from here. 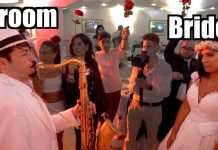 Wedding day of Daniele Vitale – I Will Always Love You 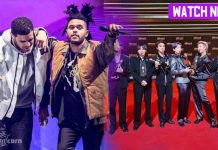 Billie Eilish planned to release a new song in November

Vote Lady Gaga and Ariana Grande for Collaboration of the Year...