NF became the first rapper to sign with a capital Christian music group and released tracks like “Intro 2, Real, I just want to know and warm up.”

NF had a traumatic childhood, to say the least, his parents divorced. he was abused and his mother died tragically from a drug overdose. Young Nathan channeled his pain into music, and after years of struggle.

well, he created a repertoire good enough to convince an already successful record label to try something new and signed their first hip-hop artist ever.

John Firestein born in Gaulden Michigan on march 30th 1991.he grew up two sisters and after his parents divorced and raised mainly by his father.

Which is probably a good thing in some ways because of his mother’s new boyfriend physically abuse young Nathan.
Nate had suggested in his lyrics that throughout his childhood. his mother would miss key events like graduation and was addicted to prescription medication. to went his frustration Nate would turn to music as young as 12 years old. Nate decided to become a songwriter.

Throughout his childhood, he escaped to the family van, and break for hours on end he first began recording his songs on a karaoke machine. Rapping into one microphone and playing instrumentals into the other. Not exactly a professional studio but hey he wasn’t making music for the world he was doing it as a form of therapy.

Nate made his first public appearances as a contestant in the 2008 fine arts festival rap competition. He placed 2nd nationwide. The next year he competed again this time placing first in Michigan.

He won the statewide contest he was disqualified from competing nationally because technically he filled out the wrong form.

Though this was a bit of bad news, it felt pretty far down the list of bad things that happen to him in 2009. The same year his mother died from a prescription medication overdose.

Nate struggled with the loss and would eventually capture his feelings about his mother.

He wrote the song “How could you leave us.”

NF releasing the single beautiful addiction on November 4th of 2013.

after meeting up with local producer Tommy profit. they ended up kicking around Tommy studio and recorded the song “Wake up”

His first studio album with Capitol CMG “Mansion” would follow on March 31st, 2015. 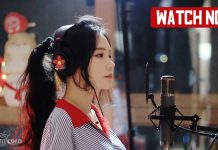 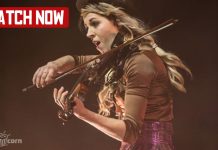 J Balvin’s Drops His New single ‘Morado’: What is the actual meaning of ...