The Pokémon franchise celebrates their 25th anniversary during the whole year. Malone, Katy Perry, and J Balvin to be featured in Pokémon’s special anniversary record.

As the news comes, there will be a 14-track compilation album to be released in the autumn. Colombian reggaeton singer J Balvin revealed it during an interview with Rolling Stone.

“We’re gonna come up with a crazy song. It’s going to catch everybody’s ear,” Balvin said. He also noted that the intention is to make everyone listen to their song, not only the franchise’s fans. “It’s easy to make a Pokémon song if you just want that fan base, but we’re not close-minded. We want everybody to vibe with Pokémon.”

According to Rolling Stone, Katy Perry will also take part in the 14 track album, titled Pokémon 25: The Album. During the month of January, Perry said: “I’ve even visited the Pokémon Café in Japan while on tour! It is an honor to be chosen to help celebrate a franchise that has given me so much joy in the last 25 years, and to be able to watch it evolve in the ways it’s provided that kind of electric joy for the kids in my life and around the world.” It’s not a surprise that Katy Perry will work with the franchise. Katy Perry music has been featured on many occasions including in Movies like Madagascar 3.

The American rapper Post Malone will do a cover track on the 14 track album. A cover of the song ‘Only Wanna Be With You’ will be featured in it. The ‘Rockstar’ hitmaker also performed the song on February 27, during the Pokémon Day 25th anniversary virtual concert. 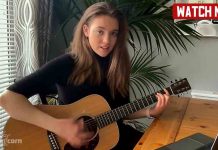 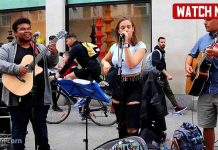 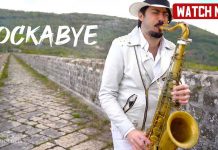 BTS Collaborates With McDonald’s For A New Meal: Trending on Twitter

All I Want Cover – Kodaline – Allie Sherlock and Scott...