In their second original collaboration and third song by Rosalía published this year, both artists warn us that real trust is only gaining from silence.

In the song Travis Scott a.k.a La flame rapping in both Spanish and English.

Rosalía said, “Travis is an artist that I have admired a lot from the beginning of his career and I can’t imagine a better artist to collaborate with for this song,”

Know you the queen of givin’ ideas

Know you got problems, but it’s not fair 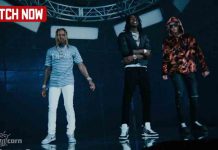 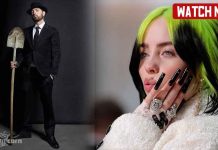 MGK found the meaning of love after meeting Megan Fox

Chance the Rapper has avoided his father to choose rap as his career: BAD...

Eminem Disses Snoop Dogg and apologized to Rihanna in the new...