Eminem continues to reference Machine Gun Kelly in his lyrics, this time on “Gnat”.

This is a successful year for MGK since he released his chart-topping album, Tickets To My Downfall. No matter how successful he becomes, the dark past has followed him.

MGK’s feud with Eminem started a few years ago which made them diss each other with their own singles like “Not Alike” by Eminem, “Rap Devil” by MGK, and more.

Now the 48-year-old rapper has released another single “Gnat”, from his new album Music to Be Murdered By Side B. Eminem continues his feud with MGK by releasing this single.

“They say these bars are like COVID/You get ’em right off the bat, “Eminem started. “Infected with SARS and Corona/Like you took a bite off of that/And it goes from martian to human/That’s how the virus attacks/They come at me with machine guns/Like trying to fight off a gnat.”

Many fans pointed out the quotes “They come at me with machine guns,” which made them consider it’s not a coincidence that the “Love Yourself” hitmaker used in his lyrics. He’s surely referencing MGK. 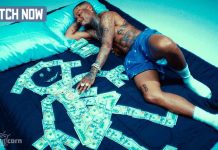 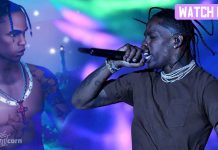 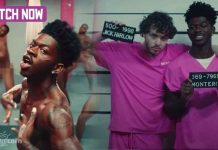 Chris Brown and Young Thug is back with ‘Slime & B’...