Metallica Fans has gone crazy after spotting that Twitch replaced the band’s original live performance with other cheesy music. Watch the live stream performance from down below.

The heavy metal band Metallica performed a live stream performance for BlizzCon’s annual event. The livemetallica performance is available to stream through the BlizzCon Twitch page and YouTube channel. But unfortunately, the metallica music performance has been altered by other cheesy music. Metallica Fans has taken this incident as an insult to the band. But some see it as a hilarious thing.

However, after digging into the incident, the reason for replacing the original music of Metallica is to get save from the Copyright issue. Following are some of the highlighted Tweets explaining the reason for dubbing metallica music. 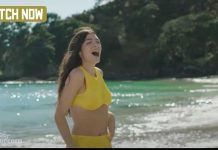 Against All Odds – Phil Collins – Allie Sherlock and The3buskteers