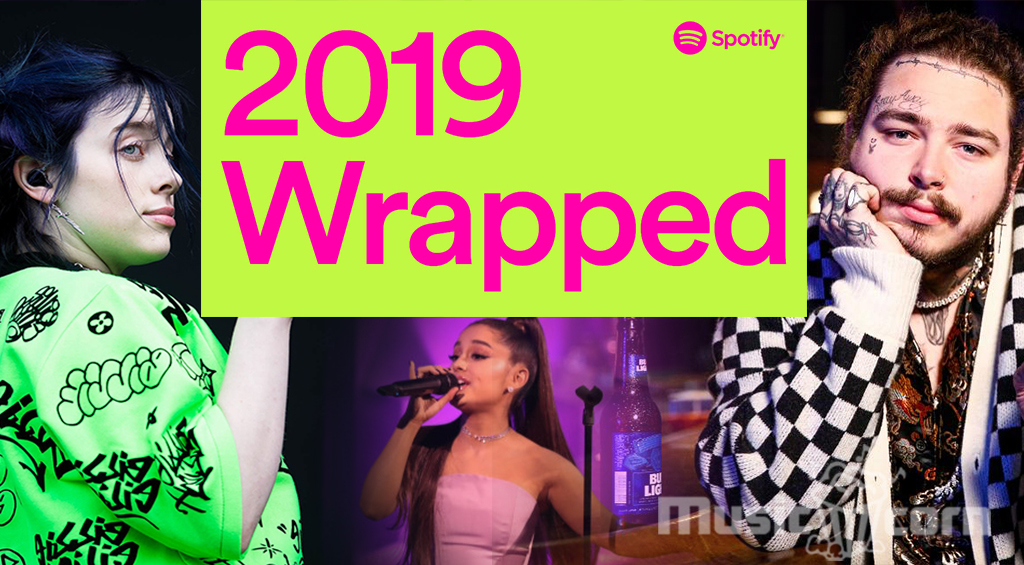 Spotify has released the most popular songs, artists and playlists of the year.

How many songs do you listen to every year? How many times does the same song repeat? Spotify Personal wrapped cards with all this information have already sent to you. But that is not what we are talking about here. I bring you a record of the most popular pieces of music in the whole world.

This year, Post Malone ranks as the most-streamed artist with over 6.5 billion streams worldwide. It was the top rapper-singer-songwriter on Spotify’s wrapped list, just 12 weeks after he dropped his album “Hollywood’s Bleeding” (this is also the second most-sold-out album globally this year). His featuring with Swae Lee on “Sunflower” from Spiderman is in the three most-streamed songs of the year, which gives the artist a spot in each of our three major music categories (top artists, top songs, and top albums).

The second highest-streamed artist of the year is a 17-year-old singer-songwriter and first-time Grammy nominee Billie Eilish, her all albums have proven to be the top-streamed release of 2019, marking a milestone. Billy was the first female artist to reach the top of the mostly-streamed album category that wrapped. Her dark surprising hit “bad guy” also ranks as the second-most-streamed song of 2019.

then, Ariana Grande released her most famous album “thank u”, moving her to number three on Spotify’s list of most-streamed-artists internationally. Ariana’s song “7 rings” was also in the top five most-streamed this year.

Fans also showed Taylor Swift lots of love, making her the year’s third top-streamed female artist. after dropping her album, “Lover” generated popular tracks like “ME!” and “You Need to Calm Down.”

Spotify record by The Weeknd: Previously held by Justin Bieber