At a concert in Miami last Monday, Billie Eilish surprised her fans with a spoken-word interlude. The singer, for whom baggy clothes have become a calling card, took off her shirt and speech about sexism and body shaming.

Fan videos from the Miami show captured Billie’s pre-recorded spoken word video, which the singer played on a widescreen.

.@BillieEilish showed off her body in visuals during an interlude at her concert in Miami. pic.twitter.com/zhj3lHNH4b

Some viewers shared the full text of Eilish’s speech, which she began by mumbling, 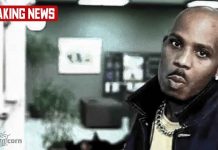 Travis Fimmel And MGK move towards ‘One Way’ – New Action-Thriller

Billie Eilish to set a live stream concert ‘Where Do We Go?’ soon