Machine Gun Kelly has released his new dope track titled “Bullets With Names” in which he brags about having killed “Eminem”. MGK’s new track featuring Young Thug, Lil Duke and RJMrLA. On the Wonda and Ronny J-produced track.

I got a bullet with somebody’s name on it

Killed me a goat so my jacket got stains on it

Wiping my nose like I got some cocaine on it

In the lyrics, MGK tying to hint some bars to Eminem, ” Killed me a goat so my jacket got stains on it “

It’s not far-make at all to conclude M.G.K.’s G.O.A.T. mention is a reference to Eminem. Back to 2018 again, The two rappers traded shots two years ago after Eminem dissed M.G.K. on his Kamikaze track, “Not Alike.” M.G.K. countered with “Rap Devil”, and Eminem responded with “Kill Shot.”

will Eminem reply again to MGK? 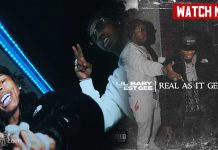 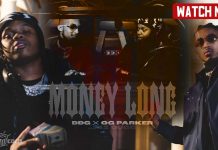 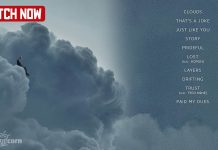 Allie Sherlock’s busker singing for ‘One and Only’ by Adele