Lady Gaga released her pop solo “Stupid Love” on last Friday with a groundbreaking music video, Gaga announced her album “Chromatica” which is to be released on April 10. The album contains 16 songs that are produced by Gaga and songwriter Michael Tucker who is also known as Bloodpop. The album will be released to the market in different physical formats, mainly in CDs and cassettes. This is Lady Gaga’s 6th album.

Lately, video footage of coronavirus meetings went viral on the internet. The meeting was about the coronavirus, and it was held in Italy. The video was viral due to playing “Stupid Love” during the meeting. This was played accidentally by someone who attended the meeting. The main surprise was Lady Gaga’s reply to the incident on Twitter. Gaga said, “And this is why I make music.”

Now, it’s time to free me from the chain

I gotta find that peace, is it too late or

Could this love protect me from the pain?

I would battle for you (Even if I break in two)

and this is why I make music https://t.co/uiliyr3sYk

However, the album is to be featured with international K-pop group Black pink and female artist Ariana Grande. But no featuring’s for the album have been still confirmed. There have only been rumors about the collabs. YG Entertainment said, “It is difficult to confirm this information at this point, so please wait for the official announcement.” 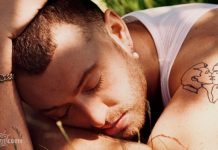 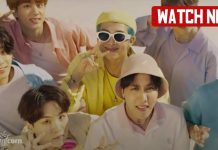 Eminem and Kid Cudi Moved No.1 On iTunes In the US And Canada.